﻿ As separate as...
next simile

separate - adj. separated according to race, sex, class, or religion; independent; not united or joint; standing apart; not attached to or supported by anything; have the connection undone; having become separate; characteristic of or meant for a single person or thing; not living together as man and wife; noun a garment that can be purchased separately and worn in combinations with other garments; a separately printed article that originally appeared in a larger publication; verb divide into components or constituents; force, take, or pull apart; come apart; go one's own way; move apart; make a division or separation; discontinue an association or relation; go different ways; act as a barrier between; stand between; divide into two or more branches so as to form a fork; become separated into pieces or fragments; mark as different; arrange or order by classes or categories; separate into parts or portions; treat differently on the basis of sex or race. 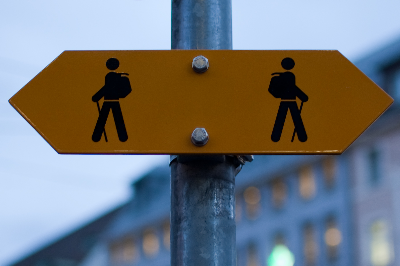