﻿ As average as...
next simile

average - adj. lacking special distinction, rank, or status; commonly encountered; around the middle of a scale of evaluation of physical measures; approximating the statistical norm or average or expected value; lacking exceptional quality or ability; relating to or constituting the middle value of an ordered set of values (or the average of the middle two in a set with an even number of values); relating to or constituting the most frequent value in a distribution; noun a statistic describing the location of a distribution; verb compute the average of; achieve or reach on average; amount to or come to an average, without loss or gain. 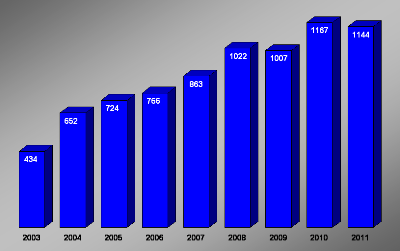